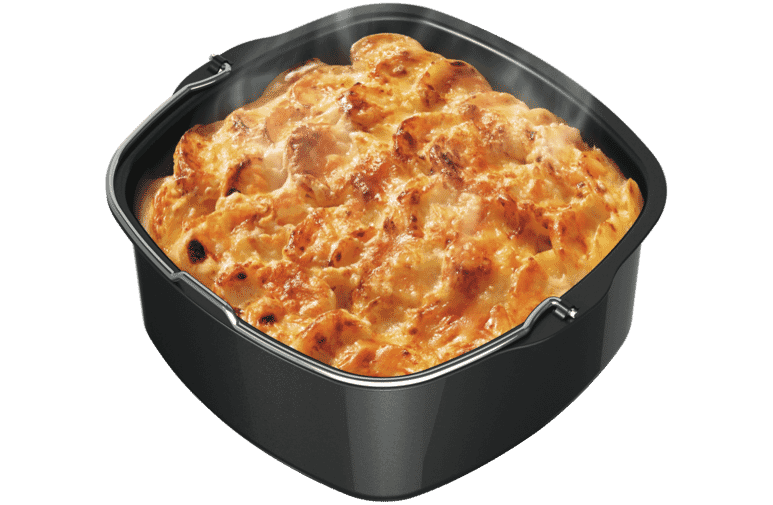 Everybody knows how tasteful french fries can be. But there is a price for this taste. Mostly fried frood is been prepared in an unhealthy amount bowl of oil. So the food has a lot of calories, than it usually does. For example fried chicken breast has about 30{14b1031694aec2b3166be54b9be3e3e63eee46ecc3b98eea28f6d2b91027c075} more fat than normal roasted chicken. Switching to an AirFryer can be therefore an excelltent solution to reduce fat and lose wheight, Air Fryer are lower in fat, calories and harmful compounds like Acrylamide. Such an AirFryer works with hot circulating Air to prepare food and needs only one teaspoon of oil for the taste

Health risk due to trans fats

For example, the consumption of foods with trans-fats, e.g. an increase in “bad” LDL-cholesterol levels and a drop in “healthy” HDL levels in the blood, resulting in increased arteriosclerosis, heart attack and stroke risk. Further effects of trans fatty acids are known in the context of obesity and cell wall blockage.
An additional indirect disadvantage of the large amount of oil used is that the foods absorb relatively large amounts of oil and thus the calorie content of these usually rises sharply. Thus, e.g. boiled potatoes have an energy content of approx. 70 kcal and normal deep fried chips with 310kcal a 4-5 times higher calorie value. Although this is not per se unhealthy, but it promotes weight gain with increased consumption.

Formation of toxic substances during frying

In addition, there is a potential health risk of misused oils, which can lead to further exposure to hazardous substances. Crucial is the so-called. Smoke point of the oil, which indicates the lowest temperature at which an oil begins to smoke when heated visibly. If a temperature of about 170-180 ° C is exceeded, it can lead to the formation of very toxic acrolein, which is classified as an environmental toxin. Although this is not a disadvantage against the preparation with normal fryers, but is increased by incorrect choice of oil and the significant amount of oil, the risk of the formation of acrolein. Oils which can be used absolutely safely for deep-frying are e.g. Coconut oil, palm oil and most of the refined oils that have smoke points from 180-200 ° C.

Especially if potatoes and co. are heated too much and form black spots, resulting in increased amounts of acrylamide.
Another reason for the poor image of fryers is the carcinogenic chemical acrylamide. The substance is next to tobacco smoke in various processed foods such French fries and potato. Acrylamide is produced by the strong heating of starchy foods containing the amino acid asparagine in combination with certain carbohydrates, and a small amount of moisture. This happens especially when baking, roasting, grilling, roasting and frying such foods. Especially the frying is in the foreground, as often fries, potato croquettes and co. be prepared than with other types of preparation. EFSA (European Food Safety Authority) published a risk assessment of the substance in 2015 based on several rodent studies that demonstrated an increased risk of acrylamide exposure to some types of cancer, as the substance can sustainably alter the genome.

Can these disadvantages also be observed during hot air frying? Let’s start with the trans fatty acid burden first. Also from the airfryersn goes from a certain concern, which, however, significantly lower than other types of deep fryer, since they generally work with a smaller amount of oil. This also has another advantage: The fried foods can absorb significantly less oil or no oil at all, and thus the energy content of the food does not increase so much. In the case of acrylamide danger, there is no difference between types of fryer. This is mainly due to the fact that even in a hot air fryer by the circulating air, the food is heated and thus temperatures above about 180 ° C can be achieved, which favors the formation of acrylamide.

In conclusion, it can be stated that although the hot air fryer can be classified as significantly healthier than its competitors, it can also harbor health risks. We therefore recommend that you always use high-quality, suitable oils when hot air frying, to pay attention to the temperatures and to pursue a responsible consumption of fried foods.